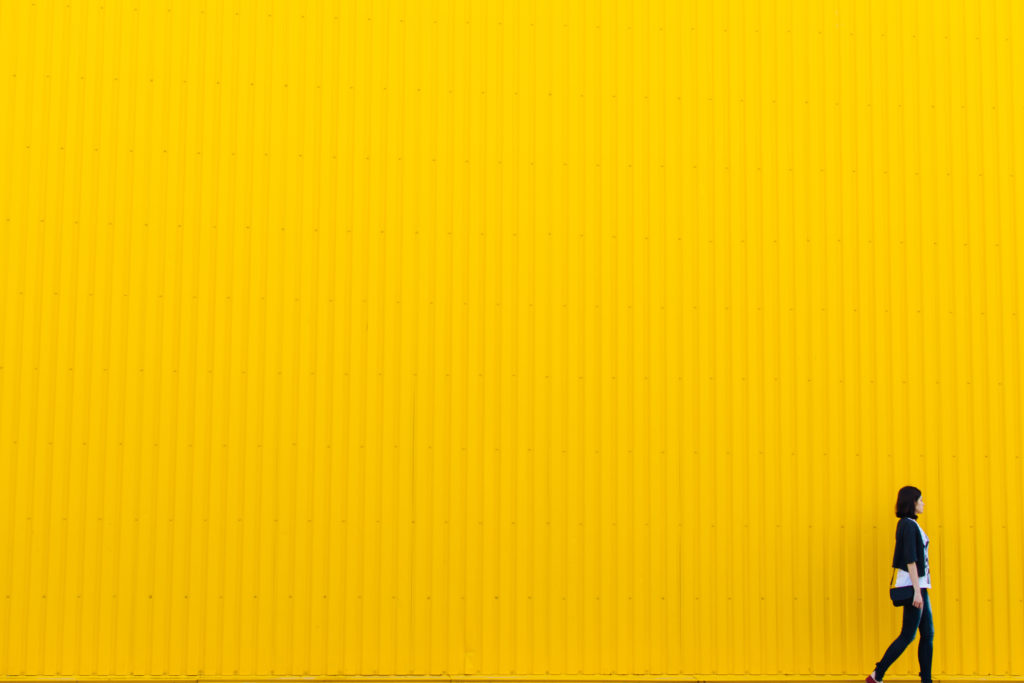 I suppose that if you follow this blog, sometimes get fed up with shop windows, are tired of careless buying, and don’t want to be manipulated, you’re most likely a SMART Consumer… 😊

Those who deal in business ethics know, or at least heard, that the important ones in the entire concept of sustainability are the so-called stakeholders – in other words everyone who in some way (positively or negatively) influences a company and to some degree is influenced by it. In reality, they often make up a mosaic of various subjects (employees, customers, shareholders, government branches, non-governmental organisations etc.) which present different attitudes and expectations with time and increase of their awareness.

Let’s think for a while about the place of consumers in this jigsaw. Are they important, less important, or not important? What kind of relations do companies want to build with us? Are they interested in what we think about their products at all? About the adds? Communication? Business conduct? Attitude to the employees? And environment?…

Taking into consideration the communicates we receive, we can give no statement other than – of course we are important! We are the first ones to appear in nearly every meticulously made map of stakeholders. It was always clear that gaining new customers is very effortful. While on the subject, let me add that it is 7 times more costly than maintaining the existing ones. It is therefore truly baffling why companies expend a lot of energy and money to attract us, and then barely tolerate us. Ok. I’m leaving this topic and going back to the essence of the article… There’s even a common saying the “customer is king”… But is it really so? Considering all measures undertaken to seduce customers, we tend to think that we are important. The first doubt comes however when we realise that most of the communicates are simply… stupid. Their contents and images can be so trivial, while the intensity of the message so high that it’s hard to resist the impression that – sorry for being blunt – someone is being treated here as an idiot. The second thing is that we are starting to pay attention to labels, the info about the harmfulness/harmlessness of food and other products, their environmental impact and so on… It may be a shock to some people but the truth is that the segment of consumers who are simply fed up and tired of senseless consumerism, and don’t want to become so ruthlessly manipulated is increasing… The problem is that many companies seem not to notice that at all.

Consumers can also be SMART

As an advocate of management by values I am pleased to observe the emerging groups of customers who ask questions and doubt the media messages of companies. Personally, I like to call them thinking consumers or just SMART consumers. After all, if almost everything is SMART nowadays, why not us – consumers? SMART stands for Sustainable, Millennials, Active, Respect, and Technological skills. I named them/us this way to show that it’s a group following LOHAS (Lifestyles of Health and Sustainability), identified by the end of the 90s of the 20th century in the U.S. and being its younger generation; that’s because the important characteristic of SMARTs are the qualities ascribed to the Millennials. They value sustainability in terms of private and public sphere, locally and globally. They care about the state of environment and social justice. Those consumers consist of mostly young people representing generation Y (however the boundary between Xs and Ys is only conventional) aware of themselves and their abilities. Their activity is realised not only by means of expressing opinions, and willingness to cooperate with companies in the scope of product creation, but also enterprise. If the market does not fulfil their needs, they take matters in their own hands and implement their ideas. These are consumers for whom respect is deeply important and who don’t like to be neglected. Owing to their age, they feel great in the virtual world, and are way more skilled technically wise than their older friends. 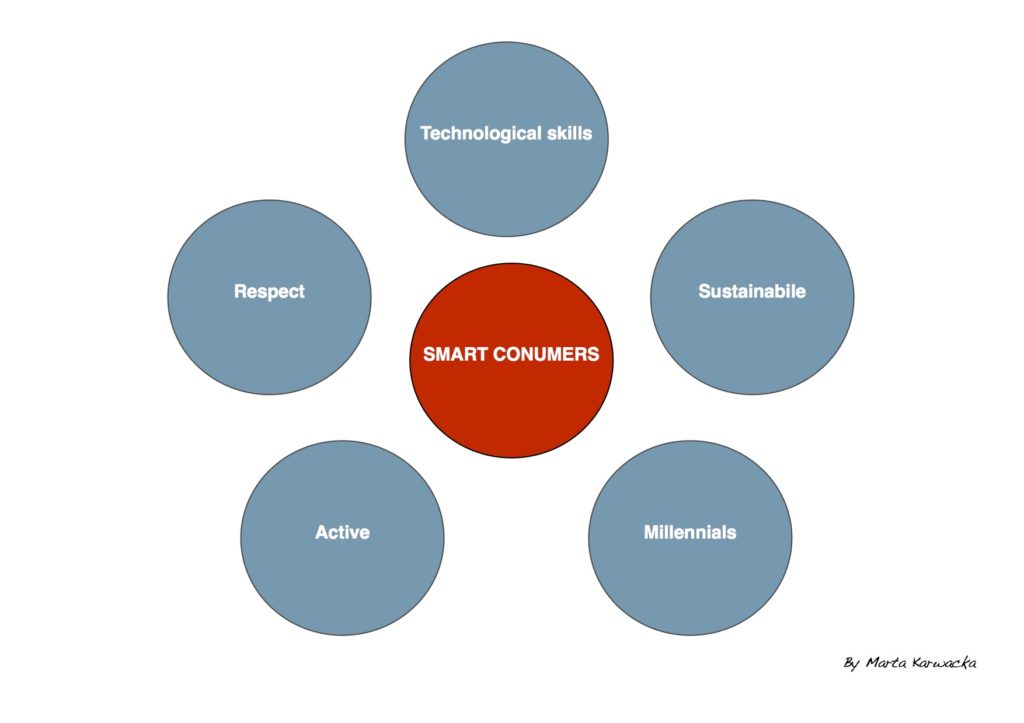 How to talk to us then? Are enterprises ready for the dialogue? Yes, it’s not a slip… dialogue. Young and informed consumers don’t want a one-sided message. They want their beliefs and values to be respected, especially if that’s connected with spending their money. Just as they don’t feel like having to centre their professional life in a many years’ work for one employer, the same way they don’t need to be loyal to a particular brand.

Establishing a relationship with SMART consumers demands that the companies seek new innovative ways of production and presentation of their offer in the vein of certain values.

We’ve already started taking a closer look not only at the final product, but also the entire supply chain, and production. It’s good to observe corporate responsibility in terms of environment protection, but let me caution you against the so-called greenwashing, or the provisional responsibility being in fact an attempt to create the eco-friendly image while concealing the actual unethical practices.

New, aware SMART consumers value authenticity and honesty, and, it needs to be noted, they are very alert. Cheating them is risky. Very risky. It’s enough to take a look at the example of Volkswagen which is already paying billions of dollars their American customers, and European are also soliciting their rights. The companies willing to begin a relationship with the informed consumers must verify their past promotion techniques – those malicious, provocative and targeted towards everyone definitely aren’t going to attract aware and thinking consumers, they can only irritate them.

It turns out that the speeding capitalism and the economy throwing out a lot of useless products, more and more new versions of smartwatches or smartphones, results also in the rise of a different type of SMART 😊 – SMART CONSUMERS who expect new, honest and valuable SMART solutions, also in the clothing industry.

The entry was written based on a longer text published in “Wspólna odpowiedzialność. Rola strategii” (Common responsibility. The role of strategy) by Responsible Business Forum. The entire publication including numerous texts is available here.