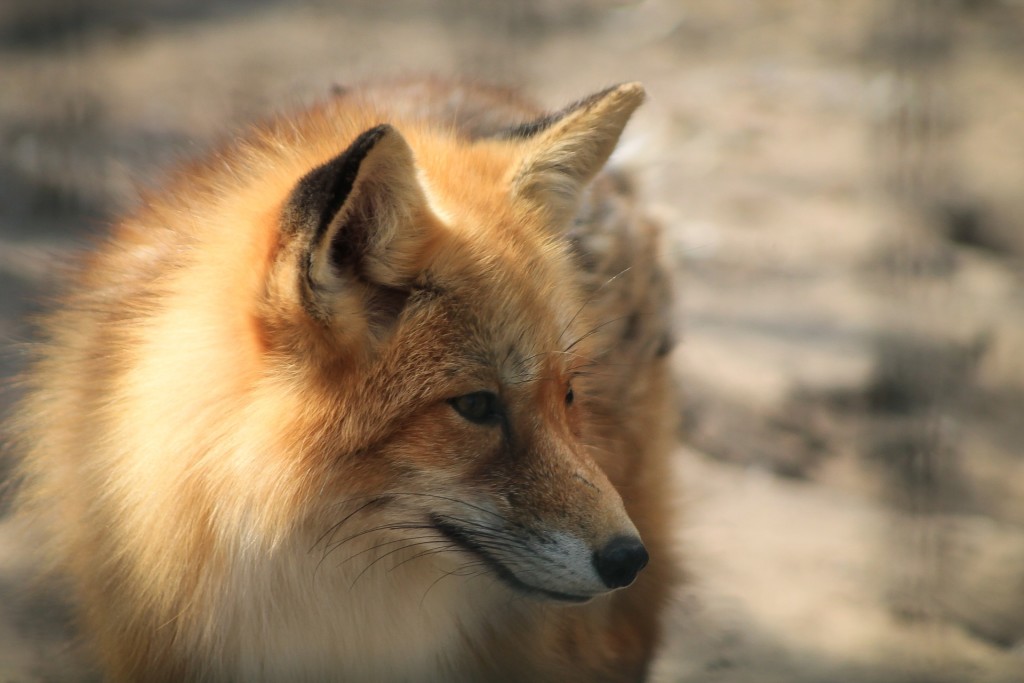 A few months ago, an electrifying piece of information ran around the world of fashion. The Armani Group announced that it will no longer use furs in its collections. The information, which appeared also on the website of the company, was reprinted not only by the biggest fashion magazines, but also by all kinds of organisations fighting for animal rights and such widely-read media as The Guardian. The potential impact of this information is unbelievable – it caught my attention because I know many small clothing companies which declare not using leather and fur in their collections and, yet I have never seen it causing such a response in media. I certainly realise the power of the brand – I’m sure that this decision resulted in winning new followers and loyal customers. It’s enough to look at the comments of the followers delighted by this message in social media.

Before I started thinking about this post, I decided to learn what the production of fur looks like. I assume that just as in the case of many of you, my knowledge was relatively superficial – I knew that fur industry entails needless suffering. That’s it. But it was enough for me to watch a few minutes of PETA videos, a few photos of skinned animals to find out that it is cruelty on an inconceivable scale. From the materials recorded by a hidden camera we learn that petrified animals are sometimes skinned alive for hide and fur, and then they slowly die in agony in suffering that is hard to imagine, other animals are suffocated and or/electrocuted – that is all I could watch.

Organisations which demand respecting animal rights don’t fight only with inhumane slaughter methods. Activists also protest against the way animals are treated. It’s hard to believe that their ordeal started at the turn of 18th and 19th century and has lasted up to date. At that time, in response to increasing demand of the developing fur industry animals started to become trapped. Their freedom was limited to the absolute minimum and life became a passive, stative existence, and waiting for death – all in the name of fashion. Can you imagine what physical and mental torture it must be for an animal which in nature lives and moves over 5 km2 (like foxes) and suddenly gets trapped in a cage of 1m2? Such animals, packed like sardines, often mutilate themselves, kill their cubs, get infected with parasites, and plagued with various diseases, they become apathetic and don’t respond to stimuli.

One could suppose that one of the advantages of such cruel practice is that fur production is at least environmentally friendly. After all, these are NATURAL furs. Unfortunately, it’s not the case either. Keeping so many animals in one place isn’t neutral to the immediate environment. Everyone who has ever had a chance to find themselves several hundred metres away from one of 800 fox and minks farms in Poland knows what I am writing about. Faeces from industrial farms get to the local ecosystems and ground waters, whereas high concentration of phosphorus and methane annihilates all life in rivers and lakes. At the beginning of the 90s in the U.S. there were already some occurrences of penalties worth billions imposed on fur farms for environmental pollution. According to the research of the team of engineers from Scientific Research Laboratory at Ford Motor Company “66 times more energy is necessary to produce one natural fur than its synthetic equivalent” (M. Płonka: 72). Furthermore, one also needs to include fur processing which has nothing to do with traditional leather processing (using water, high temperature, salt, and sun). Dyeworks use strong, toxic chemicals which make natural furs no longer natural…

Fur farms are located primarily in Europe and since a few years also in China. Which, do you think, are characterised by greater cruelty? Is it in the country where there are huge problems even with the observance of human rights, or perhaps in those countries where there is a lot of talk about ethics with an emphasis on the suffering of the living creatures and there are legal laws protecting animals? Regrettably, the investigations of activists show that there is no difference. From the report „CENA FUTRA Rzeczywistość polskich ferm futrzarskich” (The PRICE OF FUR – the reality of Polish fur industry) developed by Stowarzyszenie Otwarte Klatki (Open Cages Association) we learn that in some countries (UK, Austria, Croatia, and Bosnia and Herzegovina) the regulations are so strict that breeding becomes unprofitable. In consequence, the farms are relocated to places where the laws are neither strict, nor particularly respected, for example to Poland.

Non-governmental organisations, which are growing in number, have been actively working towards the observance of animal rights and making consumers aware of the problem and sensitised to it. One of the biggest NGOs is PETA (People for the Ethical Treatment of Animals) which has been known for the most spectacular campaigns not only against clothing companies, but also fast foods. In Poland we’ve got a dynamic organisation Stowarzyszenie Otwarte Klatki (Open Cages Association) that attracts more and more supporters. Browsing their website, you will find information about their campaigns, educational materials, and reports. Many years-long, decisive actions of these organisations, their determination, and tireless effort lead beyond question to such decisions as the one taken by the management board of Armani Group. Considering the rank of the brand, it may be anticipated that this earthquake will result in similar reactions of other brands. Although from the communication experts of the company we learn that the decision to cease to use furs fits in the company’s standpoint concerning environmental and animal protection, I incline towards a thesis that it is a reaction to increasingly notably changing expectations of conscious consumers who claim that in their world wearing fur is simply UNFASHIONABLE.